Blackbirds are NOT singing in the dead of night. 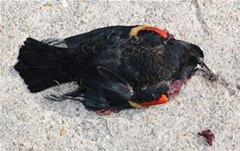 At least, not in Arkansas.

The unexplained deaths of over 100,000 drumfish and 4,000 blackbirds in Arkansas over the New Year's weekend is still baffling the Arkansas Game and Fish Commission.

Was it a lightning storm that killed off thousands of red-winged blackbirds?  Or was it a vicious hail storm in the sky?  Could it have been the celebratory fireworks exploding in the sky on New Year's Eve?  Was it a nearby top-secret government facility accidentally releasing a toxic biochemical weapon that only affects blackbirds?  How about a mass suicide?  Birds have feelings, too, you know.

It literally could have been anything.  But there is no official word yet as to why the blackbirds in Beebe, Arkansas fell from the sky during the New Year celebration.

UPDATE: AP reports that 500 more dead blackbirds fell from the sky, this time 300 miles away from Bebe, in Pointe Coupee Parish, Louisiana. 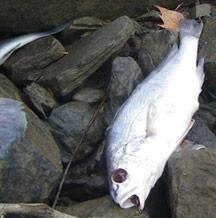 But is the death of the hundreds of thousands of drumfish a mere coincidence?  Aside form conspiracy theories, some speculate it even could have been an earthquake releasing toxic gases.

No matter what you believe, the blackbirds are NOT singing in the dead of night.  But that's just because they're all dead right now.  But there's no better time to stray from the news and play a little music, specifically, the classic Beatles song "Blackbird".  How fitting.

Although commonly credited as written by both John Lennon and 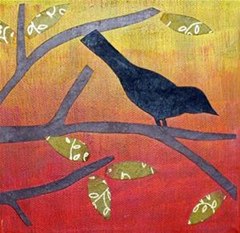 Paul McCartney of the Beatles, McCartney is the one who actually wrote the famous "Blackbird" song in 1968.

In the following video, you'll get a good guitar lesson on playing "Blackbird", broken down into six steps (written below the video).

If you want the tab, there's a link at the end of this article.

If you're looking for the tablature to "Blackbird" by the Beatles on guitar, check out the TAB at Guitartab.com.

Want to master Microsoft Excel and take your work-from-home job prospects to the next level? Jump-start your career with our Premium A-to-Z Microsoft Excel Training Bundle from the new Gadget Hacks Shop and get lifetime access to more than 40 hours of Basic to Advanced instruction on functions, formula, tools, and more.

Other worthwhile deals to check out:

Join the Next Reality AR Community

Get the latest in AR — delivered straight to your inbox.